The Reproducible Builds project relies on several projects, supporters and sponsors for financial support, but they are also valued as ambassadors who spread the word about our project and the work that we do.

This is the sixth instalment in a series featuring the projects, companies and individuals who support the Reproducible Builds project. We started this series by featuring the Civil Infrastructure Platform project and followed this up with a post about the Ford Foundation as well as a recent ones about ARDC, the Google Open Source Security Team (GOSST), Jan Nieuwenhuizen on Bootstrappable Builds, GNU Mes and GNU Guix and Hans-Christoph Steiner of the F-Droid project.

Today, however, we will be talking with David A. Wheeler, the Director of Open Source Supply Chain Security at the Linux Foundation. 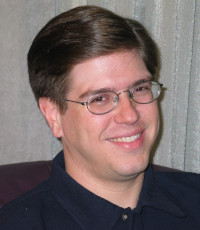 Holger Levsen: Welcome, David, thanks for taking the time to talk with us today. First, could you briefly tell me about yourself?

David: Sure! I’m David A. Wheeler and I work for the Linux Foundation as the Director of Open Source Supply Chain Security. That just means that my job is to help open source software projects improve their security, including its development, build, distribution, and incorporation in larger works, all the way out to its eventual use by end-users. In my copious free time I also teach at George Mason University (GMU); in particular, I teach a graduate course on how to design and implement secure software.

My background is technical. I have a Bachelor’s in Electronics Engineering, a Master’s in Computer Science and a PhD in Information Technology.

Holger: Thanks for taking the time to introduce yourself to us. What do you think are the biggest challenges today in computing?

There are many big challenges in computing today. For example:

Holger: Do you think reproducible builds are an important part in secure computing today already?

Today, when attackers exploit software vulnerabilities, they’re primarily exploiting unintentional vulnerabilities that were created by the software developers. There are a lot of efforts to counter this:

We’re just starting to get better at this, which is good. However, attackers always try to attack the easiest target. As our deployed software has started to be hardened against attack, attackers have dramatically increased their attacks on the software supply chain (Sonatype found in 2022 that there’s been a 742% increase year-over-year).

There are simple supply chain attacks with simple solutions:

One solution for countering subverted build systems is to make the build systems harder to attack. That’s a good thing to do, but you can never be confident that it was ‘good enough’. How can you be sure it’s not subverted, if there’s no way to know?

A stronger defense against subverted build systems is the idea of verified reproducible builds. A build is reproducible if given the same source code, build environment and build instructions, any party can recreate bit-by-bit identical copies of all specified artifacts. A build is verified if multiple different parties verify that they get the same result for that situation. When you have a verified reproducible build, either all the parties colluded (and you could always double-check it yourself), or the build process isn’t subverted.

There is one last turtle: What if the build system tools or machines are subverted themselves? This is not a common attack today, but it’s important to know if we can address them when the time comes. The good news is that we can address this. For some situations reproducible builds can also counter such attacks. If there’s a loop (that is, a compiler is used to generate itself), that’s called the ‘trusting trust’ attack, and that is more challenging. Thankfully, the ‘trusting trust’ attack has been known about for decades and there are known solutions. The ‘diverse double-compiling’ (DDC) process that I explained in my PhD dissertation, as well as the ‘bootstrappable builds’ process, can both counter trusting trust attacks in the software space. So there is no reason to lose hope: there is a ‘bottom turtle’, as it were.

Holger: Thankfully, this has all slowly started to change and supply chain issues are now widely discussed, as evident by efforts like Securing the Software Supply Chain: Recommended Practices Guide for Developers which you shared on our mailing list. In there, Reproducible Builds are mentioned as recommended advanced practice, which is both pretty cool (we’ve come a long way!), but to me it also sounds like this will take another decade until it’s become standard normal procedure. Do you agree on that timeline?

David: I don’t think there will be any particular timeframe. Different projects and ecosystems will move at different speeds. I wouldn’t be surprised if it took a decade or so for them to become relatively common — there are good reasons for that.

Today the most common kinds of attacks based on software vulnerabilities still involve unintentional vulnerabilities in operational systems. Attackers are starting to apply supply chain attacks, but the top such attacks today are typosquatting (creating packages with similar names) and dependency confusion) (convincing projects to download packages from the wrong repositories).

Reproducible builds don’t counter those kinds of attacks, they counter subverted builds. It’s important to eventually have verified reproducible builds, but understandably other issues are currently getting prioritized first.

That said, reproducible builds are important long term. Many people are working on countering unintentional vulnerabilities and the most common kinds of supply chain attacks. As these other threats are countered, attackers will increasingly target build systems. Attackers always go for the weakest link. We will eventually need verified reproducible builds in many situations, and it’ll take a while to get build systems able to widely perform reproducible builds, so we need to start that work now. That’s true for anything where you know you’ll need it but it will take a long time to get ready — you need to start now.

Holger: What are your suggestions to accelerate adoption?

David: Reproducible builds need to be:

I think there’s a snowball effect. Once many projects’ packages are reproducible, it will be easier to convince other projects to make their packages reproducible.

I also think there should be some prioritization. If a package is in wide use (e.g., part of minimum set of packages for a widely-used Linux distribution or framework), its reproducibility should be a special focus. If a package is vital for supporting some societally important critical infrastructure (e.g., running dams), it should also be considered important. You can then work on the ones that are less important over time.

Holger: How is the Best Practices Badge going? How many projects are participating and how many are missing?

David: It’s going very well. You can see some automatically-generated statistics, showing we have over 5,000 projects, adding more than 1/day on average. We have more than 900 projects that have earned at least the ‘passing’ badge level.

Holger: How many of the projects participating in the Best Practices badge engaging with reproducible builds?

David: As of this writing there are 168 projects that report meeting the reproducible builds criterion. That’s a relatively small percentage of projects. However, note that this criterion (labelled build_reproducible) is only required for the ‘gold’ badge. It’s not required for the passing or silver level badge.

That said, there are some projects we especially want to see implementing higher badge levels. Those include projects that are very widely used, so that vulnerabilities in them can impact many systems. Examples of such projects include the Linux kernel and curl. In addition, some projects are used within systems where it’s important to society that they not have serious security vulnerabilities. Examples include projects used by chemical manufacturers, financial systems and weapons. We definitely encourage any of those kinds of projects to earn higher badge levels.

Holger: Many thanks for this interview, David, and for all of your work at the Linux Foundation and elsewhere!