Welcome to the June 2019 report from the Reproducible Builds project! In our reports we outline the most important things that we have been up to over the past month.

In order that everyone knows what this is about, whilst anyone can inspect the source code of free software for malicious flaws, almost all software is distributed to end users as pre-compiled binaries. The motivation behind the reproducible builds effort is to ensure no flaws have been introduced during this compilation process by promising identical results are always generated from a given source, thus allowing multiple third-parties to come to a consensus on whether a build was compromised.

In June’s report, we will cover: 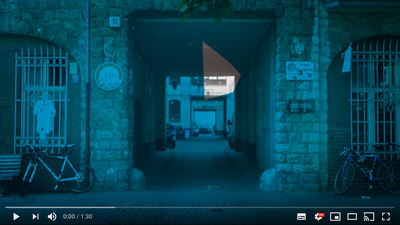 One key motivation for reproducible builds is to enable peak efficiency for the build caches used in modern build systems.

Holger Levsen, Jelle van der Waa, kpcyrd and Alexander Couzens attended MiniDebConf Hamburg 2019 and worked on Reproducible Builds. As part of this, Holger gave a status update on the Project with a talk entitled Reproducible Builds aiming for bullseye, referring to the next Debian release name: 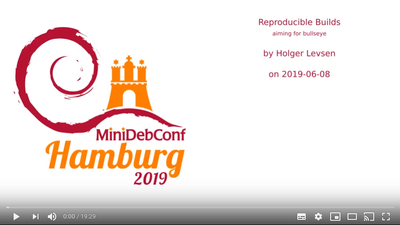 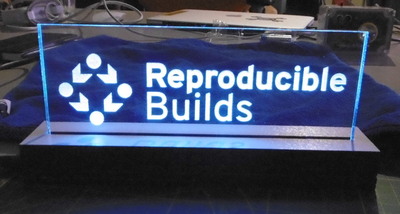 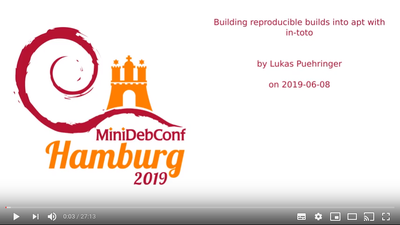 As part of various hacking sessions:

Holger Levsen was on-hand to review and merge all the above commits, providing support and insight into the codebase. He additionally split out a README.development from the regular, more-generic README file.

The OpenWrt project is a Linux operating system targeting embedded devices, particularly wireless network routers. In June, they hosted a summit that took place from 10th to 12th of the month.

Here, Holger participated in the discussions regarding .buildinfo build-attestation documents. As a result of this, Paul Spooren (aparcar) made a pull request to introduce/create a feeds.buildinfo (etc) for reproducibility in OpenWrt. 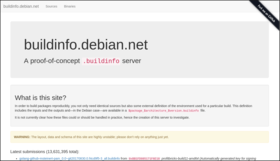 Chris Lamb spent significant time working on buildinfo.debian.net, his experiment into how to process, store and distribute .buildinfo files after the Debian archive software has processed them. This included: 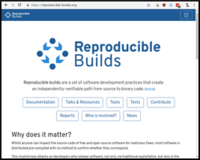 There was a significant amount of effort on our website this month.

In Debian, 39 reviews of packages were added, 3 were updated and 8 were removed this month, adding to our knowledge about identified issues.

Chris Lamb also did more work testing of the reproducibility status of Debian Installer images. In particular, he was working around and patching an issue stemming from us testing builds far into the “future”. (#926242)

In addition, following discussions at MiniDebConf Hamburg, Ivo De Decker reviewed the situation around Debian bug #869184 again (“dpkg: source uploads including _amd64.buildinfo cause problems”) and updated the bug with some recommendations for the next Debian release cycle.

In diffoscope (our in-depth and content-aware diff utility that can locate and diagnose reproducibility issues) Chris Lamb documented that run_diffoscope should not be considered a stable API […] and adjusted the configuration to build our Docker image from the current Git checkout, not the Debian archive […]

Lastly, Chris Lamb added support for the clamping of tIME chunks in .png files […] to strip-nondeterminism, our tool to remove specific non-deterministic results from a completed build.

On our mailing list this month Lars Wirzenius continued conversation regarding various questions about reproducible builds and their bearing on building a distributed continuous integration system which received many replies (thread index for May & June). In addition, Sebastian Huber asked whether anyone has attempted a reproducible build of a GCC compiler itself.